The Ghost of “Lavrov’s Plan” 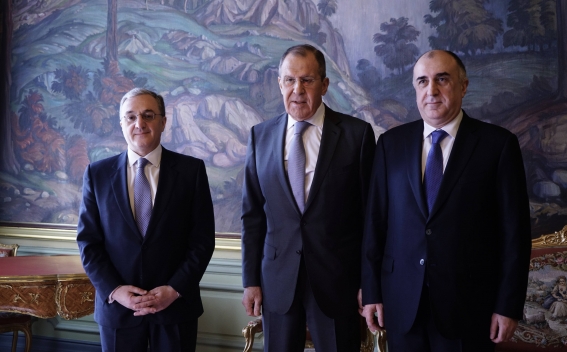 The ghost of “Lavrov's plan” is again in the media spotlights. It was triggered by Azerbaijani foreign minister Elmar Mammadyarov’s statement that came after the meeting with Armenia’s foreign minister Zohrab Mnatsakanyan in Moscow, on April 15. Mammadyarov had stated that during the meeting initiated by Russia, the course of discussions followed the Russian plan. “We held discussion based on the plan Russia pushed in 2016,” he stated.

In an interview with TASS, on April 7, 2016 during a visit to the region the Russian foreign minister had officially voiced about the proposals made to the sides which was later labelled as “Lavrov’s plan”. Naturally Mammadyarov’s hinted to this plan.

In a press conference on April 17, Russia’s Lavrov did not refute Mammadyarov’s statement. “If am not mistaken Azerbaijani foreign minister Mammadyarov noted in one of his interviews that those proposals of 2016 were discussed. I have nothing to add,” he said and added that the proposals go hand in hand with the approaches enshrined in the OSCE MG co-chairs’ statements. They envisage agreements between the sides on territorial integrity, nations’ self-determination and non-intervention, non-use of force principles. The details, according to him, are confidential.

Meanwhile the foreign ministry of Armenia labelled Mammadyarov’s statement as “imaginary”.  Namely, foreign ministry spokesperson Anna Naghdalyan stated that “no talks  underway over any program. Moreover, content related talks have to do with getting to know each other’s positions and clarifications.”

That Azerbaijani authorities are known for false and manipulative statements, is not new. It is not ruled out that this statement pursues political goals. However, noteworthy is Lavrov’s feedback confirming his Azeri counterpart’s statement, or at least not refuting. This gives raise to questions.

Such developments and controversial statements over the same process give raise to concerns and showcase the sides’ problems of understanding each other’s perceptions and commenting on the perception of the actual process.