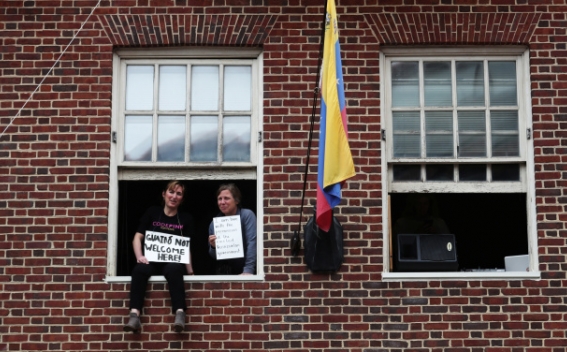 According to France24, Elliott Abrams, the envoy heading the US push to topple President Nicolas Maduro, called the sit-in "a violation of the law" and said that Guaido's ambassador in Washington would discuss with security officials how to remove them.

"This is sovereign Venezuelan territory. They have to leave," Abrams told reporters, without setting a timeline.

"It is really striking to find anybody in the US defending the Maduro regime. It is shameful to see them," he said.

Activists have been sleeping at the four-floor embassy in the tony Georgetown neighborhood for two weeks, putting up signs that include one saying "Hands off Venezuela."