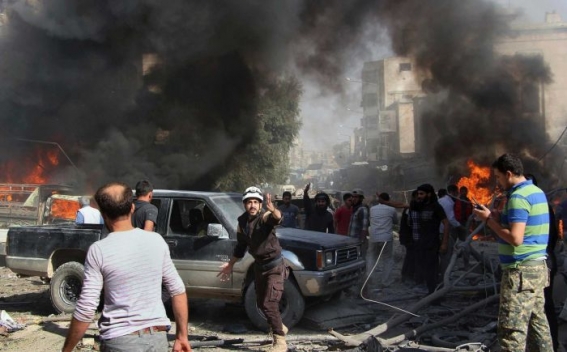 The Syrian government has captured the town of Qalaat al-Madiq in northwest Syria, some of its residents and a war monitor said on Thursday, as it pushed into the biggest remaining rebel territory under a massive bombardment, France24 reports.

Syria’s army, backed by Russian air power, launched ground operations this week against the southern flank of the rebel zone consisting of Idlib and parts of adjacent provinces.

Intense bombardment caused the jihadists and Islamist rebels to flee, according to the Britain-based Syrian Observatory for Human Rights. "Rockets have been fired on the Hmeimim airbase" from the area around the town, said the Observatory’s head, Rami Abdel Rahman.

The recapture of Qalaat al-Madiq comes after government forces retook the nearby town of Kafr Nabouda on Wednesday, pro-government newspaper Al-Watan and the Observatory said.