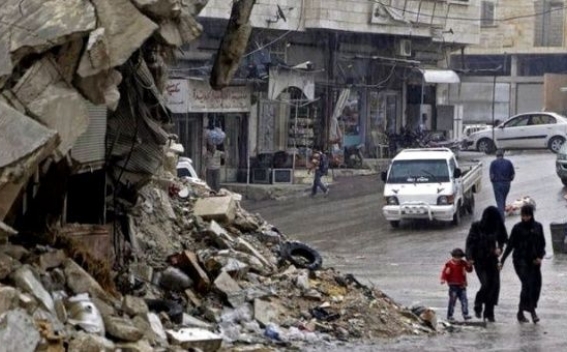 The Syrian government has agreed to a truce in the northwestern region of Idlib on condition that a Turkish-Russian buffer zone deal is implemented, according to Syria's state news agency, SANA.

Thursday's announcement, which follows weeks of heavy bombardment in the region of some three million residents, came as talks resumed in Kazakhstan between rebel-backer Turkey and Syrian government allies, Russia and Iran, Al-Jazeera reports.

SANA cited a Syrian military source who announced the government's "approval for a ceasefire in the de-escalation zone in Idlib starting from tonight", on the condition that rebels withdraw forces and weaponry from a buffer zone based on a September accord struck in the Russian resort of Sochi.