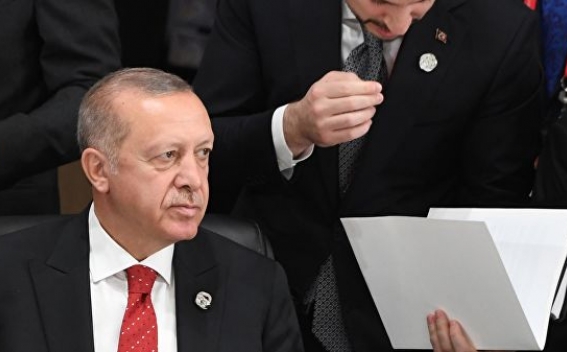 Erdogan also said he would make all necessary contacts with parties in the region to find a solution to the Idlib situation, adding that a Syria safe zone which he has proposed to host Syrians fleeing the war is now nothing more than a name.

“Idlib is slowly disappearing. Idlib is in a situation that it started to disappear and become torn down in a way Aleppo is. It is not possible to stay silent against this,” Erdogan told a news conference in Ankara.

Idlib, in Syria’s northwest corner, is the only big chunk of the country still in rebel hands after over eight years of war. A truce in early August collapsed three days in, after which the Russian-backed Syrian army pressed an offensive and gained ground against rebel forces, some of whom are backed by Turkey.