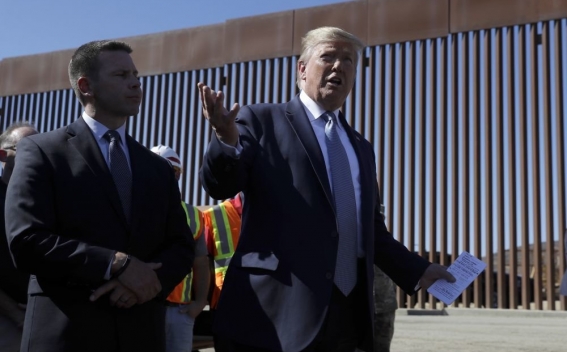 Trump, speaking to reporters, said people trying to enter the U.S. would not be able to scale the fence because it is designed to absorb heat.

“You can fry an egg on that wall,” he said during his stop in the San Diego neighborhood of Otay Mesa.

A construction worker told Trump it is tradition for visitors to sign the wall. The president obliged.