Defense Minister: Exchange of Armenian Captives with Azerbaijani Saboteurs not Ruled Out 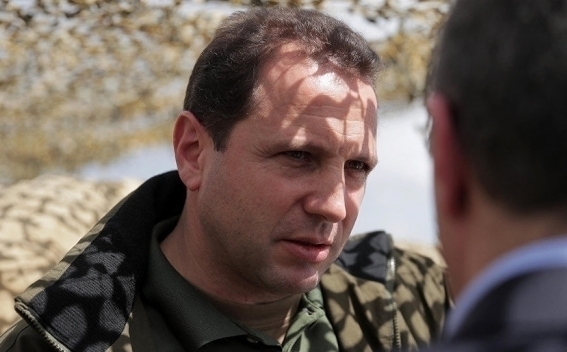 Armenian Defense Minister David Tonoyan on Friday did not rule out the possible exchange of Armenian captives with Azerbaijani saboteurs, Panorama.am reports.

In a statement on Thursday, Azerbaijan’s State Commission for Prisoners of War, Hostages and Missing Persons said the country “stands ready to exchange Karen Ghazaryan and Arayik Ghazaryan with Dilgam Asgarov and Shahbaz Guliyev.”

Tonoyan was notified of Azerbaijan’s proposal at a meeting with the representative of the International Committee of the Red Cross (ICRC) in Armenia.

“I don’t exclude it, but it’s a matter of Artsakh’s sovereign decision,” he told reporters.

The minister said there are some issues that need to be discussed, but did not elaborate. He said some information on the matter require clarification, adding Armenia will respond to the proposal after Azerbaijan provides the country with the necessary information.

“Principally, we are not against the return of Armenian citizens and will support this process… This is a pure humanitarian act,” he said.

“I don’t view the matter in terms of exchange. It is not a right approach at least by the defense minister. I am working on repatriating my citizens,” he stressed.

Azerbaijani citizen Dilgam Asgarov was sentenced to life in prison by an Artsakh court, while Shahbaz Guliyev got 22 years in prison on charges of killing a teenager, illegally crossing the Artsakh border and spying.