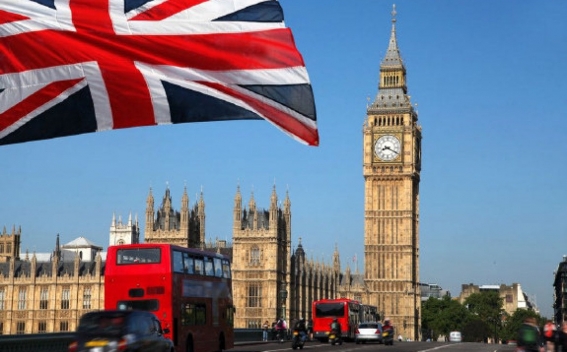 The UK government is to review all arms export licences to Turkey as a result of concern over its military operation against Kurdish forces in Syria, Financial Times reports.

The move has not yet been formally announced, but the Financial Times understands that British ministers have ordered a full review into sales of Turkish arms that could be used in the operation in Syria and are suspending awards of new licences pending the outcome. Officials were not able to say when the review was likely to conclude, but the investigation began shortly after Turkey’s first incursion into north-eastern Syria last week.

France, Germany and Finland have already announced curbs on arms sales to Turkey and EU foreign ministers meeting in Luxembourg on Monday urged member states to consider imposing similar restrictions as concern over the assault intensified. However, the bloc has limited leverage since it is reluctant to jeopardise Ankara’s co-operation on counter-terrorism and anti-migration operations. The ministers agreed to “commit to strong national positions”, and added that Turkey’s military action was “resulting in more civilians suffering and further displacement and severely hindering access to humanitarian assistance”.

President Recep Tayyip Erdogan argues that his forces are targeting Kurdish terrorist groups linked to a militia that has fought a 35-year insurgency inside Turkey. But an estimated 200,000 people have had to flee from the region, and scores of civilians are thought to have been killed.

The UK has licensed £1.1bn worth of arms to Turkey since Mr Erdogan became president five years ago, according to the Campaign Against the Arms Trade. These include £206m of licences for aircraft, helicopters and drones, £84m on armoured vehicles and tanks, and £82m on grenades bombs, missiles and countermeasures. Recommended Syrian crisis Assad regime the big winner in Turkey-Syria chaos The decision to review licences is likely to put a strain on the relationship between Turkey and Britain, which has remained strong even as Ankara’s ties with other western nations have grown more fraught. Britain rallied in support of Turkey in the wake of a violent attempted coup in 2016, and the two countries have co-operated closely in recent years on trade, counter-terrorism, migration and refugees. The UK has sought to take advantage of a rapid expansion of the Turkish defence sector to find opportunities for British aerospace companies. These include seeking to help BAE Systems to win contracts to help build Turkey’s first indigenous fighter jet, worth £100m over five years.

Yet British ministers have issued rare public criticism of Turkey after the launch of its operation against Syrian Kurdish forces last week.

Dominic Raab, the foreign secretary, called on Ankara to show “maximum restraint” and voiced concern that the incursion against Kurdish groups that spearheaded the campaign against Isis jihadis in Syria would jeopardise counter-terrorism efforts. Boris Johnson used a phone call with President Recep Tayyip Erdogan on Saturday to express “grave concern” at the Turkish incursion.

A spokesperson for the Department for International Trade refused to comment on the review and suspension on Monday but said the UK “takes its arms export control responsibilities very seriously”. “Each licence application is assessed on a case-by-case basis using strict criteria, including respect for international humanitarian law,” she said. “We are monitoring the situation in Syria very closely and will not grant export licences that are inconsistent with licensing criteria.”