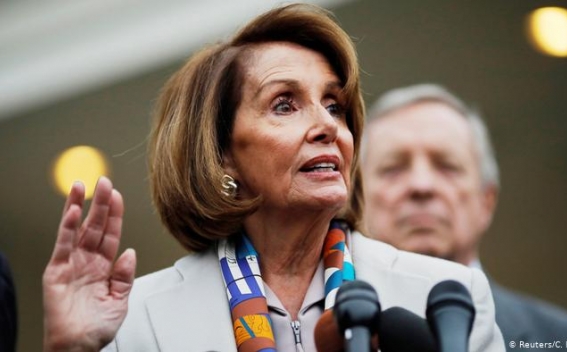 Pelosi said in a statement that Republican and Democratic lawmakers will continue to denounce Trump's decision to remove U.S. troops from Syria. She added both houses in Congress will work together on a bipartisan effort to "oppose this irresponsible decision."

"President Trump gave Turkey the green light to attack our Kurdish partners, betraying the thousands of fighters who gave their lives to keep the world safe from the barbarism of ISIS," Pelosi said in the statement. "His erratic decision-making is threatening lives, risking regional security and undermining America’s credibility in the world."

The speaker's statement comes hours after Trump announced sanctions that would increase steel tariffs from 25 percent to 50 percent and end trade talks with Turkey.

"The American people and our allies expect and deserve real leadership from Washington," Pelosi said in the statement.