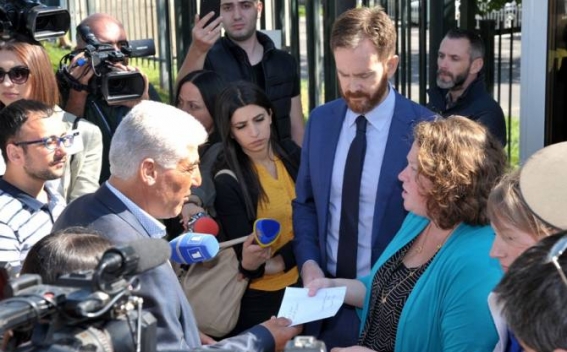 Members of the Kurdish community in Armenia on Tuesday held a protest outside the US Embassy, condemning Turkey’s genocidal policies targeting their ethnic group in north-eastern Syria, Tert.am reports.

The crowd also voiced its anger over the Washington authorities’ inaction.

''We have gathered outside the US Embassy to condemn the move by the United States to leave the Kurdish people alone in the face of cannons,'' said Knyaz Hasanov, the community’s leader and a member of the National Assembly of Armenia.

The protesters also submitted a letter to an embassy representative who promised to respond to their concerns later, expressing the administration's respect for the Kurds' right to hold public assemblies.