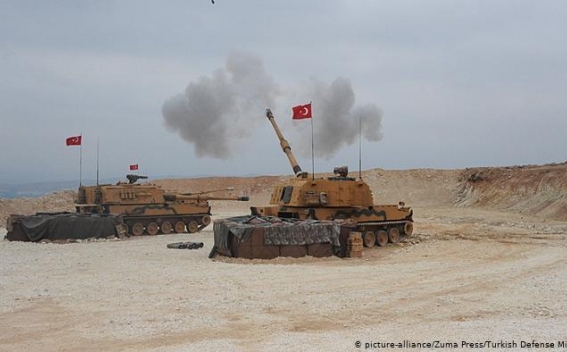 "Today the United States and Turkey have agreed to a ceasefire in Syria," Pence said.

The initial ceasefire will last 120 hours to allow Kurdish forces to move away from Turkey's border and allow for negotiations toward a permanent end to the conflict.

"The safe zone will be primarily enforced by the Turkish Armed Forces," a US-Turkish statement released after the talks said.
US President Donald Trump said the agreement would save "millions of lives."

Following the agreement, the commander of the Kurdish-led Syrian Democratic forces (SDF) Mazlum Abdi told the Kurdish Ronahi television station "we are ready to abide by the ceasefire" covering the area from Ras al-Ain to Tal Abyad.

However, he expressed uncertainty over other parts along the border that Turkey wants to include in the safe zone.

Following the ceasefire announcement, EU leaders repeated their call for Turkey to end its offensive on Kurdish forces in Syria and withdraw its troops.

"The European Council notes tonight's US-Turkey announcement on a pause for all military operations. It again urges Turkey to end its military action, to withdraw its forces and to respect international humanitarian law," the leaders said in a summit statement.