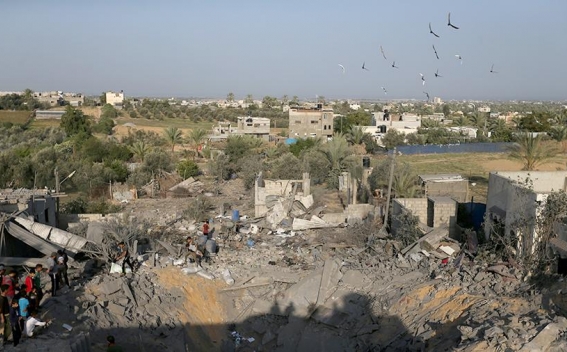 The Palestinian group Islamic Jihad says an Egyptian-brokered ceasefire with Israel has been agreed after air attacks killed at least 34 people in Gaza, Al-Jazeera reports..

The truce was in force from 5:30am local time (03:30 GMT), the group's spokesman, Musab El Berim, told Reuters news agency, marking about 48 hours since Israel sparked the exchange of fire by killing the faction's top Gaza commander in an air raid, deeming him an imminent threat.

Gaza health ministry said the death toll in two days of Israeli air attacks had risen to 34, including eight members of the Abu Malhous family. At least 63 Israelis received treatment for injuries in rocket attacks fired from Gaza.