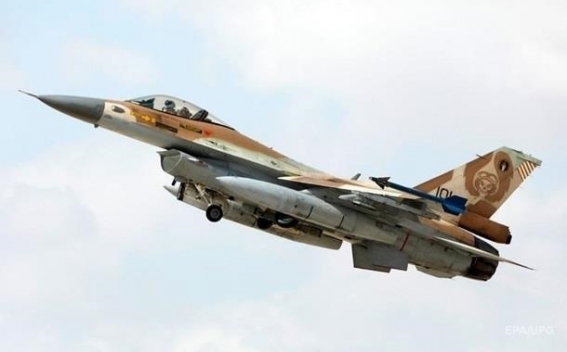 EPA / UPG
Israeli aircraft attacked targets in the Gaza Strip early on Wednesday morning, the IDF spokesperson's unit said, as another barrage of rockets from the coastal enclave landed in southern Israel, The Jerusalem Post reports.
Hours earlier, a rocket fired by HAMAS in Gaza struck the coastal Israeli city of Ashdod, wounding two people, at the same time as Israel and two Gulf Arab states signed agreements in Washington to establish formal relations.
The IDF said on Wednesday morning that IAF aircraft attacked ten Hamas targets, including a training base and a munitions factory. The airstrikes came in retaliation after 13 rocket launches from the Gaza Strip into Israeli territory were identified earlier in the morning, eight of which were intercepted by the Iron Dome missile defense system.
На русском