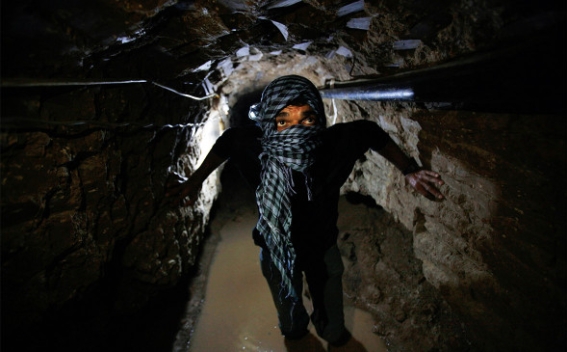 The Israeli army announced on Monday that they identified and neutralized a tunnel in the northern Gaza Strip belonging to the Hamas terrorist organization, i24news reports.

The tunnel with two routes was dug toward Israeli territory but did not cross the newly-constructed underground sensory barrier and thus did not pose a threat to neighboring communities, the military said.

"The neutralization of this tunnel joins a long list of covert and open operations that significantly damaged the underground terrorist tunnel program of the Hamas terrorist organization, and we will continue to go after them," said Brigadier General Nimrod Aloni, outgoing commanding officer of the Gaza Division.

The Israel Defense Forces (IDF) said that the tunnel routes were initially neutralized during Operation "Guardian of the Walls" in May 2021, but that a recent attempt to restore an old tunnel route was identified.