Typhoon Kammuri Kills 17 People as It Passes South of Manila 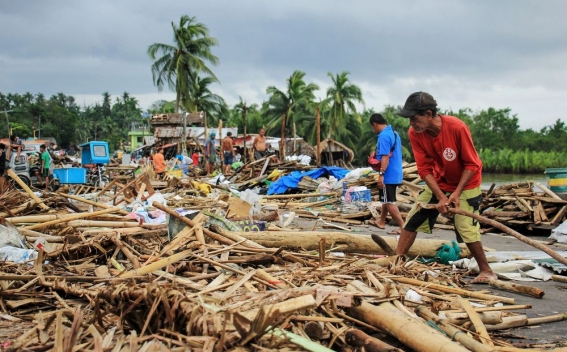 The death toll from Typhoon Kammuri rose to 17 people after destroying houses and displacing hundreds of thousands on its path across the Philippines, Bloomberg reports.

As it neared its exit, tropical cyclone wind signals have been lifted as of Wednesday for 10 out of about a hundred areas placed on alert this week, according to the nation’s weather bureau.

Five people died in Bicol region on the southern tip of main Luzon island, 11 others in other parts of Luzon and one in Visayas, according to reports from police and local disaster management agencies.

Parts of 12 roads and three bridges remain closed, said the national disaster management council’s latest bulletin. About half a million people were evacuated.

Kammuri is the 20th storm to hit the Philippines in 2019 where about 20 cyclones pass through each year. In 2013, Super Typhoon Haiyan killed more than 6,300 people in the Southeast Asian nation.