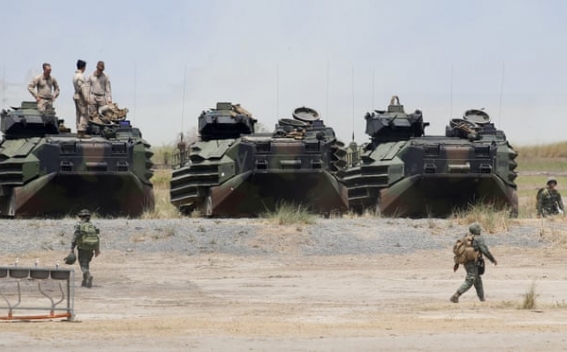 Philippine President Rodrigo Duterte has given formal notice to the United States of his decision to scrap a bilateral Visiting Forces Agreement (VFA), officials said on Tuesday, following through on repeated threat to downgrade the defense alliance, Reuters reports.

The mercurial Duterte, who has made no secret of his grudge with the United States and his disdain for his country’s close military relationship, believed it was time to be more militarily independent, his spokesman said.

“It’s about time we rely on ourselves, we will strengthen our own defenses and not rely on any other country,” Salvador Panelo told a regular briefing, quoting Duterte.

Defense ties between the Philippines and former colonial ruler the United States go back to the early 1950s and are governed by a Mutual Defence Treaty (MTD), which remains intact, along with an Enhanced Defence Cooperation Agreement (EDCA) made under the Obama administration.

Duterte made the decision after the top commander of his war on drugs, former police chief Ronald dela Rosa, said his U.S. visa had been rescinded over an issue related to the detention of a senator and top critic of Duterte.