Children Among Eight Killed in Syria as Missile Hits School 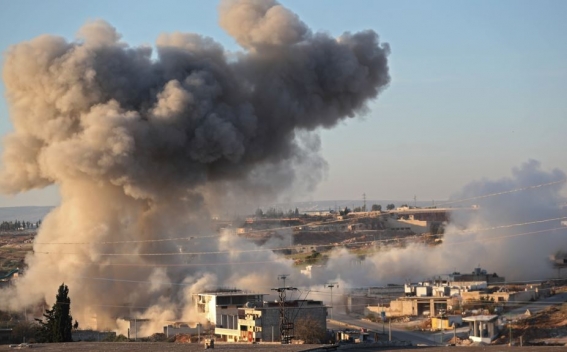 At least eight people, including five children, were killed on Tuesday as missiles hit a school in northwest Syria sheltering displaced civilians, a monitor and opposition activists said.

The strikes targeted the village of Jobas near the town of Saraqeb in southern Idlib province, the last rebel stronghold in the war-torn country, Al-Jazeera reports.

Syrian forces launched a wide ground offensive last week in the northwest, after weeks of bombardment that displaced tens of the thousands of people in Idlib province.