MYSQL ERROR: [1064]You have an error in your SQL syntax; check the manual that corresponds to your MariaDB server version for the right syntax to use near '' at line 1 Syrian Parliament to Vote on a Resolution Recognizing the Armenian Genocide
YEREVAN C°
RA CB:

Syrian Parliament to Vote on a Resolution Recognizing the Armenian Genocide 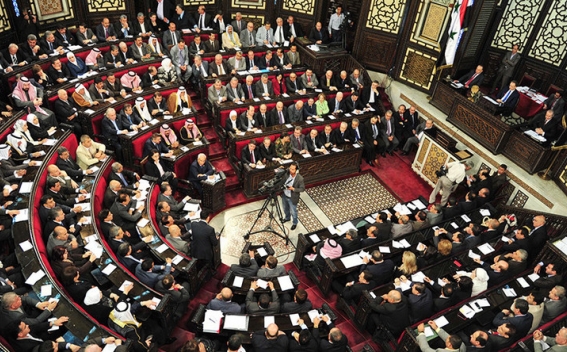 The Syrian Parliament will vote today on a resolution on recognition and condemnation of the Armenian Genocide, the Parliament’s Secretary Rami Saleh has declared, Armradio  reports.

He has said the history of the Ottoman Empire is full of massacres of various components of, Armenians, Syrians and others.

The newspaper quoted the head of the Council’s Arab and Foreign Affairs and Expatriates Committee, MP Boutros Morjana as saying: “There is no doubt that the massacre certainly occurred and there was a genocide of the Armenian, Assyrian and Syriac peoples. It is time to recognize this genocide.”

Today’s vote by the Syrian parliament comes amid escalating tensions between Turkish and Syrian forces in Idlib governorate, eastern Syria.