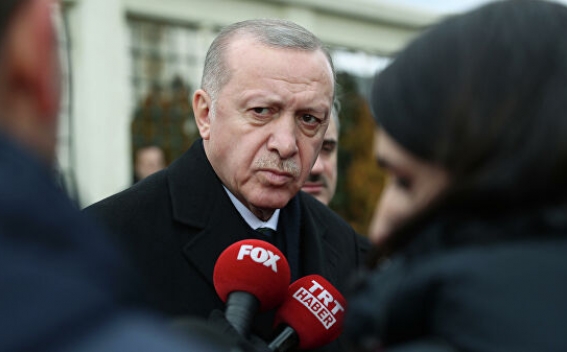 Turkish President Recep Tayyip Erdogan expects that a ceasefire will be declared in the Syrian province of Idlib following his Thursday meeting with Russian leader Vladimir Putin, as Erdogan himself told reporters on Wednesday, TASS reports.

"As for the talks, we expect a ceasefire to be declared," Erdogan said, as cited by the NTV channel.

In addition, the Turkish president commented on a statement by US Special Representative for Syria Engagement James Jeffrey who had said that Washington was willing to provide ammunition to Ankara. "I have sent a request to [US President Donald] Trump," Erdogan noted.

Kremlin Spokesman Dmitry Peskov was hopeful earlier on Wednesday that talks between Presidents Vladimir Putin of Russia and Recep Tayyip Erdogan of Turkey, scheduled for March 5, would make it possible to figure out the causes of the Idlib crisis and agree on measures to end it.