US Welcomes Russian-Turkish Ceasefire In Idlib 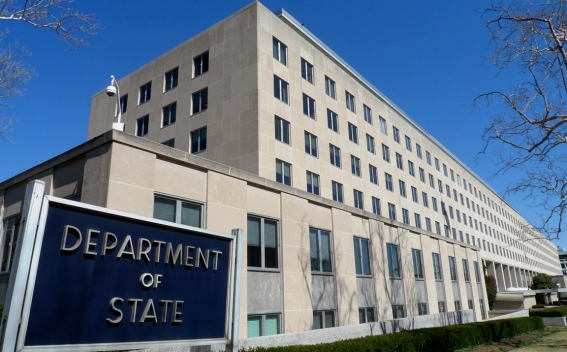 The United States is encouraged by reports of a Russian-Turkish ceasefire in Syria's Idlib province, a spokesperson for the US Department of State told on Thursday, TASS reports.

"We are encouraged by reports today of a Turkish-Russian ceasefire in Idlib, which we hope will help deescalate a very dangerous situation and relieve the dire humanitarian crisis," the spokesperson said.

"The United States looks forward to discussing the details of this development with our NATO Ally Turkey, which has sought an enduring ceasefire. Of utmost importance now are the actions on the ground by Assad and his supporters, which will show whether an enduring ceasefire will be achieved," the spokesperson added.

"The only way to solve the conflict is through a nationwide ceasefire and a negotiated political solution pursuant to UNSCR [United Nations Security Council Resolution] 2254," the spokesperson stressed.