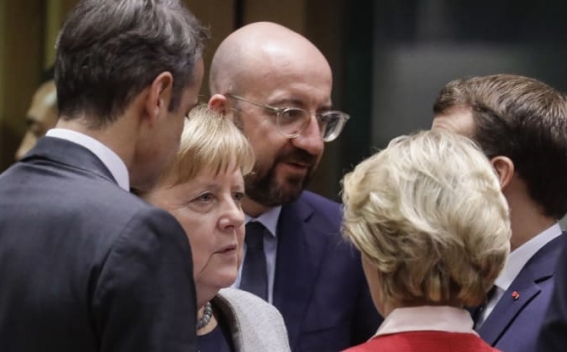 Pressure is building up in Europe to come up with new ways to mitigate the economic impact of the coronavirus in the region that has become the epicenter of the outbreak, CNBC reports.

Nine European countries have called upon their EU counterparts to issue so-called corona bonds — a new debt instrument that would combine securities from different countries.

Corona bonds are a controversial issue that has been dividing the 27-country region. Conservative policymakers in countries such as Germany, the Netherlands and Austria are often wary of the idea of issuing debt together with highly leveraged nations, such as Italy, Greece and Portugal.

Nonetheless, Europe is in crisis, having experienced a sharp rise in COVID-19, with several countries in national lockdown. As of Wednesday morning, more than 182,000 coronavirus cases have been confirmed in Europe.

"We need to recognize the severity of the situation and the necessity for further action to buttress our economies today," the heads of state of Italy, France, Belgium, Greece, Portugal, Spain, Ireland, Slovenia and Luxembourg said Wednesday in a joint letter seen by CNBC.

The deadly virus has brought all the key EU economies to a standstill, with most people confined at home. Restaurants, cinemas and other retail spaces are closed, and airlines have basically stopped taking off. The death toll across Europe keeps rising, with Italy registering a higher number than China, where the virus emerged in December.

"We need to work on a common debt instrument issued by a European institution to raise funds on the market on the same basis and to the benefits of all Member States," the nine heads of state said.