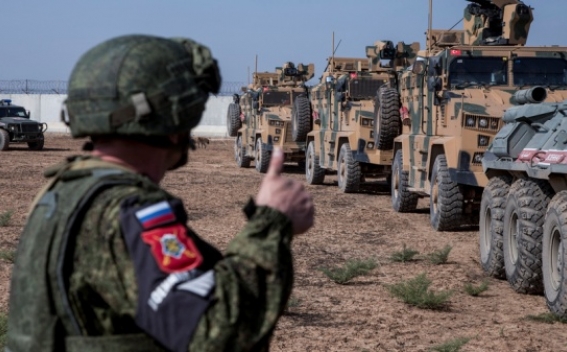 "The third joint patrol with Russia in Idlib was conducted today. Patrols will continue," Anadolu Agency quotes him as saying.

The first joint Russian-Turkish patrol of the M4 highway section in the Idlib de-escalation zone took place on March 15.

Russian President Vladimir Putin and his Turkish counterpart Recep Tayyip Erdogan agreed on a ceasefire and a number of other steps aimed at resolving the crisis in Idlib at the talks in Moscow held on March 5. The agreements reached by them provided for the cessation of hostilities along the entire line of engagement after the ceasefire came into force on March 6. Moscow and Ankara reaffirmed their commitment to preserving Syria’s sovereignty and agreed to continue the war on terror.