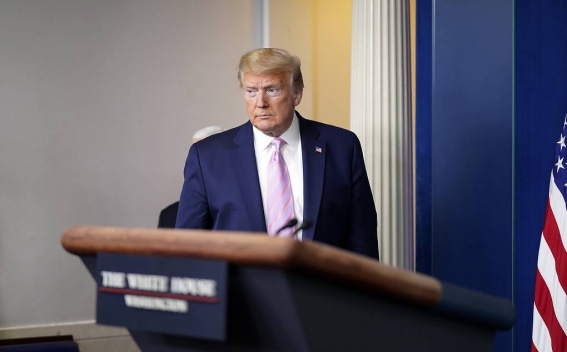 Donald Trump touted Sunday that a historic deal had been reached to stop the oil price war between Russia and Saudi Arabia and help shore up oil prices amid the coronavirus pandemic – thanking Vladimir Putin and Mohammad Bin Salman for working toward the agreement, The Dailymail reports.

"The big Oil Deal with OPEC Plus is done," Trump posted to Twitter Easter Sunday. "This will save hundreds of thousands of energy jobs in the United States."

"I would like to thank and congratulate President Putin of Russia and King Salman of Saudi Arabia. I just spoke to them from the Oval Office. Great deal for all!" the president praised.

As part of the OPEC+ agreement, Saudi Arabia, Russia, and 21 other countries agreed to collectively reduce oil output by 9.7 million barrels per day between May and June, in a multinational effort to address a drop in global demand caused by the coronavirus pandemic.