Zohrab Mnatsakanyan: It is of Utmost Importance to Form a Phased Framework with Comparable Commitments 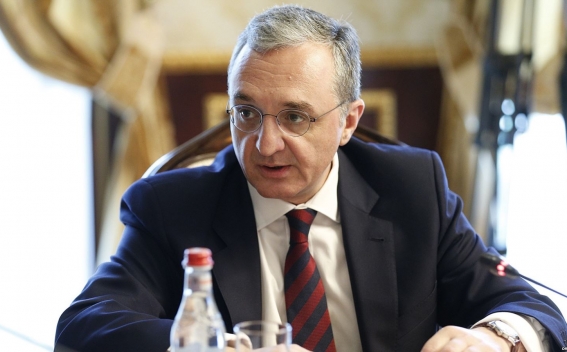 "The terminology of phased and package solution of the NK resolution is linked to the history of the NK settlement process. If one assumes that a phased solution can be adopted where the balance of commitment is violated, the option will definitely fails," Foreign Minister Zohrab Mnatsakanyan told a meeting of the National Assembly Standing Committee on Foreign Relations on Monday, Panorama.am reports.

Mnatsakanyan recalled an colleague without disclosing the name who had once agreed to a phased solution provided that the issue of status is resolved in the first instance. The FM next noted that for the Armenian side it is of utmost importance to form a phased framework for the solutions where commitments are expressed, comparable, feasible and can be monitored.

"This is the primary issue for us. If it is assumed that a phased option is the one in which one side should realize its commitments more and does not receive comparable responses, steps, commitments, it would disrupt its security and all other positions of the other side in the talks. This scenario of implementation is impossible," said Zohrab Mnatsakanyan.

To remind, the question to the FM was about the much articulated phased solution in the NK process following Russian FM Sergey Lavrov comments.

At a videoconference roundtable with members of the Alexander Gorchakov Public Diplomacy Fund Lavrov noted on April 21 that documents under consideration envisage phased settlement of the conflict, including at the first stage the solution of the most pressing issues - leaving number of districts surrounding Nagorno-Karabakh region and unblocking transport, economic and other communications.