Vazgen Oganesov: An Armenian Who Did Not Let Hitler to Run Away from Berlin 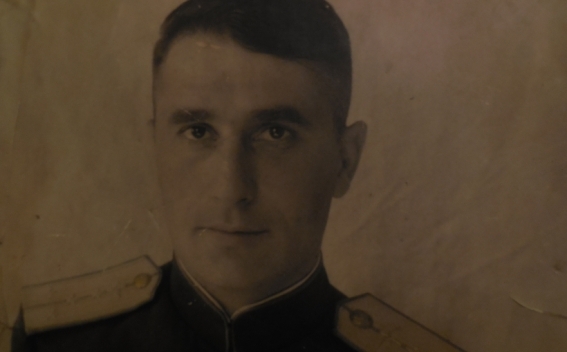 One of the best sons of the Armenian people, who fought against the fascists, Oganesov Vazgen Mikhailovich, was born on February 10, 1920 in the village of Orom of the Armenian region of Artik. Vazgen Mikhailovich studied the technique of piloting gliders in Baku. In 1941 he graduated from the Tbilisi Military Aviation Pilots School. Since December 1941, Junior Lieutenant Oganesov had been on the fronts of the Great Patriotic War, served in the 347th Air Regiment. The commanders considered him the best Lieutenant of the 16th Air Army.

During the war, one can remember 324 successful sorties about Oganesov, during 75 air battles he personally shot down 23 aircraft. He was part of the symbolic detachment of the "Stalin Falcons". His plane was hit only once at the very end of the war, on April 28, 1945. The pilot, heavily wounded by an anti-aircraft missile, found the strength to land the damaged plane at the airfield.

Vazgen Oganesov performed his last combat during the battles for Berlin. On the eve of the Victory it was necessary to prevent the aircraft of Hitler's Reich from German besiegers, Defacto.am writes.

On April 27, it became known that, having lost all the airfields in Berlin and near it, the German command was preparing to use the main avenue in the Tiergarten park to take off and land the aircraft.

From the story of Marshal of Aviation Rudenko: "We had to take emergency measures, first of all, to thoroughly determine the exact location and number of available aircraft, anti-aircraft means and platforms suitable for take-off. Only experienced scouts could perform this task, and someone gave the name of Senior Lieutenant Oganesov. He made almost three hundred sorties at the end of the war, he carried out more than 70 aerial battles, and shot down two dozen enemy aircraft.

The task of Oganesov was set by the General Senator: "In the Reichstag and Brandenburg Gate area there is a secret enemy airfield, which is necessary to find. In the center of the Tiergarten park there are many anti-aircraft guns.’’

In less than two hours, we received accurate information from our air reconnaissance men. They found two light transport aircraft, disguised at the entrance to the park and guarded by tanks.

It was decided immediately to bomb and assault on the airfield, which we conditionally called the imperial one. And in order for the flight not to be idle, Senior Lieutenant Oganesov volunteered to show the target. He walked ahead at a low altitude, almost above the roofs.

They shot on the central alley of the park, trying to make it unsuitable for take-off, and the "IL-2" struck a blow on aircraft and tanks. Oganesov decided to make a turn to determine the results of the raid. Seeing the pile of crumpled metal in the place of the aircraft parking, he hastened to report on the radio: "The object is destroyed! The task is fulfilled ..." Suddenly his voice broke. One of the enemy shells hit the plane, the pilot was wounded. But experience and endurance helped him to safely land the damaged plane. From the cabin, he was carefully transferred to an ambulance and sent to a hospital. Later, he was awarded the title of Hero of the Soviet Union. On the destruction of the imperial airfield, I reported to the front commander Marshal Zhukov ..."

After the war, the fighter pilot continued to serve in the USSR Air Force. In 1950 he graduated from the Krasnodar Higher Officer School navigators Air Force. In 1956, Lieutenant Colonel Oganesov retired. He lived in the capital of Azerbaijan, the city of Baku. He worked as the chief engineer of a bakery. In 1990, Vazgen Mikhailovich moved with his family to Yerevan, fleeing from the Armenian massacres in Baku. In Armenia, the talent and experience of Colonel Oganesov was required for the newly formed Armenian army, thus he began to advise and train Armenian pilots.

The legendary pilot died on May 23, 1993 at the age of 73. He is buried in the alley of the honorable people at the Tohmakh cemetery in Yerevan.