Monte Melkonian: I am an Armenian; This Homeland Belongs to Me As Much As it Belongs to Any Other Armenian 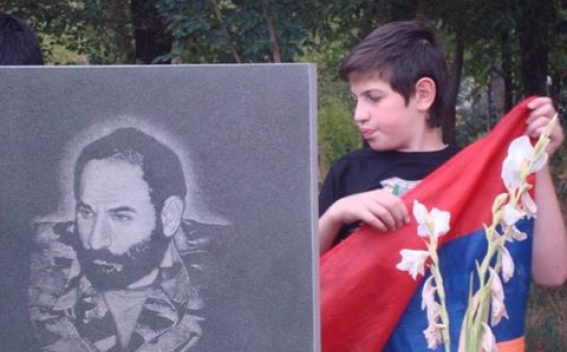 "I am Armenian who came from the United States and here I struggle for the same aim as all the rest. I am an Armenian; this homeland belongs to me as much as it belongs to any other Armenian. I think I share the same responsibility for the defense of this piece of land as any other Armenian does. Consequently, it is natural to be here and to struggle along with the people of Artsakh," used to say the hero of Artsakh liberation war Monte Melkonian.

Today is the 23th year since the hero of the Armenian nation Monte Melkonyan son of Charlz, died.

Monte Melkonyan was born on November 25, in 1957 in the city of Visalia not far  from the city of Frezno, in the US State of California.

After the liberation war of Artsakh started, he gave up his academic career and left for Artsakh to participate in military operations.  In the battlefield his courage was very quickly noticed and in January of 1992 he was appointed the commander of Martuni region defense forces.

The liberation of Omar Pass was one of his most responsible and brilliant operations, where the talent of Monte commander was once more demonstrated. Monte was convinced that a battle demands crazy actions, the ones that a reasonable person would not do, but he did.

On June 12, 1993, after wide scale operations of  neutralizing weapon displacements, the commander of Martuni region Monte Melkonian was going down from the commanding heights to personally check the situation and position his fighters, In the Marzili village near Aghdam they unexpectedly met armored infantry fighting vehicles of the opponent.

Going out of the car and positioning himself Monte started to fire however was killed in an unequal battle by a rocket fired from a vehicle of the opponent.

Monte Melkonian got the tile of the hero of the republics of Armenian and Artsakh. After his name are the RA Military collage, schools in Armenia and Artsakh.