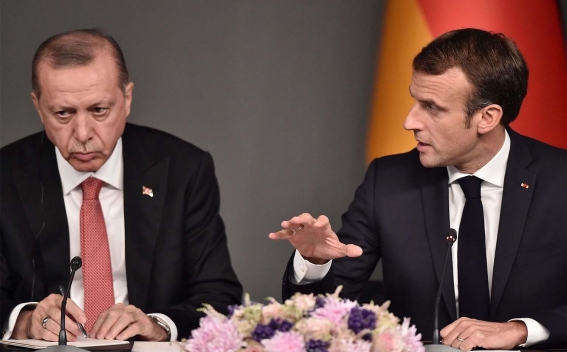 French President Emmanuel Macron on Friday demanded that Turkey explain what he said was the arrival of jihadist fighters in Azerbaijan — and urged NATO to face up to its ally's actions, France24 reports.

"A red line has been crossed, which is unacceptable," Macron said. "I urge all NATO partners to face up to the behaviour of a NATO member.

"France's response is to ask Turkey for an explanation on this point," he said.

Macron was speaking after a summit in Brussels at which EU leaders agreed to threaten Turkey with sanctions over its gas drilling in Cypriot waters.

But the French leader was also infuriated by events in disputed Nagorno-Karabakh, where there has been heavy fighting between Armenian and Azerbaijani forces.

He alleged that intelligence reports had established that 300 Syrian fighters drawn from "jihadist groups" from the Syrian city of Aleppo had passed through the Turkish city of Gaziantep en route for Azerbaijan.

"These fighters are known, tracked and identified," he alleged, adding that he would call Turkey's President Recep Tayyip Erdogan "in the coming days."