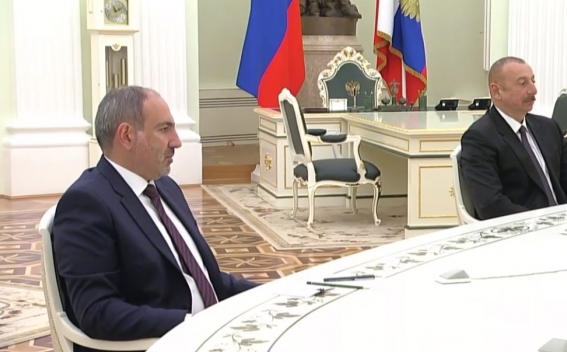 Both Aliyev and Pashinyan received hugs as they were greeted by Putin, however, the two leaders didn't shake hands and gave only head nods.

It is noted that the leaders wore no masks at the meeting. After the official welcome, Vladimir Putin made opening remarks followed by talks behind the closed doors.