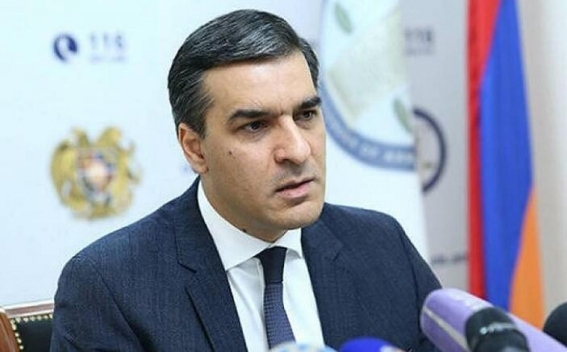 Azerbaijan has always delayed the return of captives; this is done with the  obvious purpose of causing as much mental suffering as possible and creating tension in the Armenian society. The Human Rights Defender (Ombudsman) of Armenia, Arman Tatoyan, stated this at Tuesday’s press conference, News.am reports.

He reminded that the permanent representative of Azerbaijan to the UN recently issued a letter in which the issue of 62 Armenians—who were taken captives after the ceasefire statement of November 9—was discussed. "They are presented [in the letter] as ‘terrorists,’ from which political conclusions are drawn, including the issue of Armenia's violation of the November 9 statement is raised. (…). Azerbaijan politicizes the issue of captives, which is absolutely inadmissible. Arrest and artificial delay in the exchange of prisoners is inadmissible; this is a direct violation of the Geneva Convention. The 8th point of the trilateral statement is about the exchange of all the captives. Unfortunately, no deadlines are noted there, and Azerbaijan is ‘playing’ on that. (…). Azerbaijan is obliged to return the captives, even if there were no such demand in the statement; this is a requirement of human rights and international humanitarian law. (…) In fact, it applies to all captives as s result of operation—and there are examples of returns. Azerbaijan's actions contradict the intentions of the parties that signed the statement. (…). It refuses to give the exact number of [Armenian] captives; according to our information, they are lot more than reported by Azerbaijan," Tatoyan stressed.

According to him, after the recent Artsakh (Nagorno-Karabakh) war, however, the anti-Armenian propaganda by Azerbaijan has deepened further.

The ombudsman stressed that the Armenian military in Artsakh protects the civilian population, and its presence there should be considered in the context of the genocidal policy by the Azerbaijani authorities.

The Armenian ombudsman's response to the aforesaid letter by the Azerbaijani permanent representative to the UN has been disseminated Tuesday within international organizations, and the ombudsman's staff is constantly working with partners, and the reports are constantly transmitted.