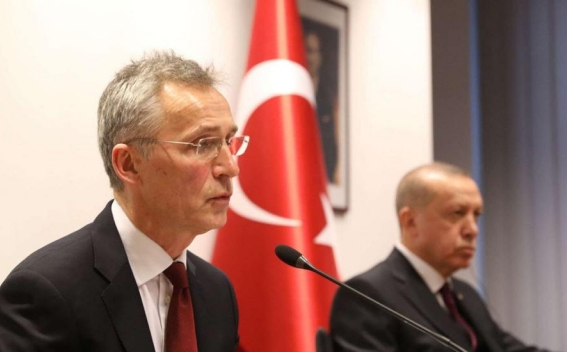 The NATO secretary general on Monday said he maintained "serious concerns" over actions by member state Turkey, but added the alliance was an important platform for resolving disputes involving Ankara, Ahvalnews reports.

"I have expressed my serious concerns and we all know there are serious differences and some issues, ranging from the eastern Mediterranean, the Turkish decision to buy the Russian air defence system S-400 or related to democratic rights in Turkey," Agence France-Press, cited Jens Stoltenberg as telling lawmakers from the European Parliament.

But the NATO Secretary general added he believed the alliance can "at least can provide an important platform for discussing these issues, raising these issues and having serious debates and discussions about different concerns."

Though it has been a NATO member since 1952, Turkey has angered members of the alliance over the last few years in a string of moves.

The country pushed ahead with the Russian S-400 missile deal despite repeated warnings the missiles risked breaching NATO operational security if used alongside the Western alliance’s own hardware. It went further by conducting a test launch in October. The U.S put off sanctioning Turkey in July 2019 over the S-400, but the missile test ended any delay in issuing them as required under American law.

It is also accused of destabilising the eastern Mediterranean in its competition with Greece and Cyprus over access to recently discovered hydrocarbons. Ankara’s involvement in the conflicts Libya, Nagorno-Karabakh and Syria have also drawn the ire of other alliance members as well.

Stoltenberg also said the country played an important role in the alliance’s fight against the Islamic State (ISIS). Turkish President Recep Tayyip Erdoğan thanked the NATO official for his remarks.