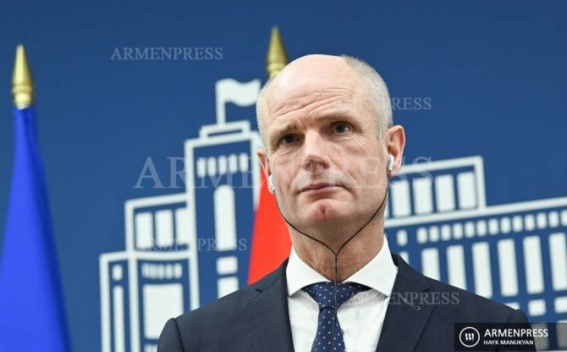 Minister of Foreign Affairs of the Netherlands Stef Blok has addressed a letter to Armenian Foreign Minister Ara Aivazian on the occasion of the 106th anniversary of the Armenian Genocide, Armenpress reports.

In the letter, FM Blok expressed regret that the Dutch side couldn’t attend the Armenian Genocide commemoration events this year due to the coronavirues-related restrictions in the Netherlands.

He noted that he has emotional memories from his visit to the Armenian Genocide Memorial last year and the stories presented there.

Highlighting the importance of the readiness to continue the constructive dialogue between the two countries, the Dutch FM expressed hope that the multi-sectoral ties between Armenia and the Netherlands will consistently strengthen and develop.