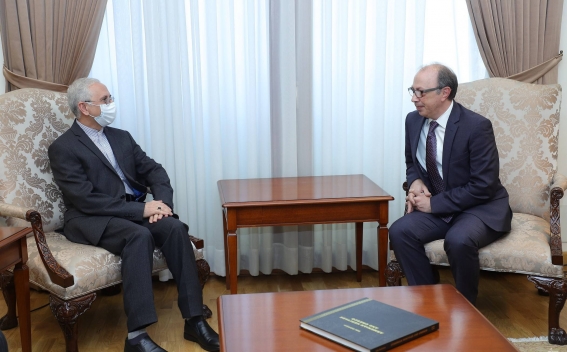 On May 24, Acting Foreign Minister Ara Aivazian held a meeting with Ambassador of Iran to Armenia Abbas Badakhshan Zohouri.

At the center of the meeting were the issues of regional security and peace. The sides touched upon the situation resulting from the provocative actions of Azerbaijan in the bordering regions of Armenia. The Foreign Minister of Armenia stressed the imperative of the immediate and unconditional withdrawal of the Azerbaijani armed forces that had infiltrated the sovereign territory of Armenia.

The interlocutors exchanged views on a number of issues on the Armenian-Iranian agenda, special emphasis was made on the recent high-level visits and the implementation of the agreements following those meetings.