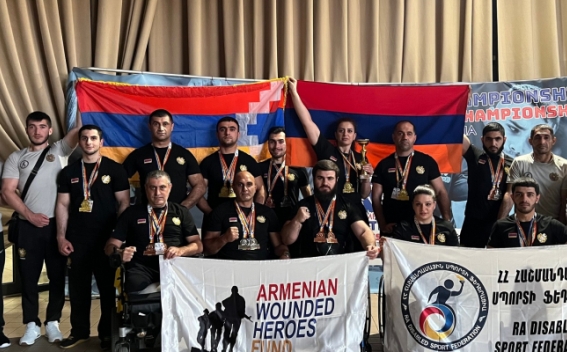 The athletes of the Armenian National Disabled Sports Federation, part of the National Arm-wrestling Team of Armenia, finished 2nd in the team ranking.

Six of the athletes sustained disabilities in the 2020 Artsakh (Nagorno-Karabakh) war.

Stepanyan said he was most happy over athlete Sargis Harutyunyan’s victory. “Sargis Harutyunyan, who sustained a disability during the second Artsakh war, captured gold in the right-hand competition and won over his Turkish opponent in the final. He’s been training for many years and he is rather experienced.”

Fourteen athletes took part in the championship. The Ministry of Education, Science, Culture and Sports, the Yerevan City Hall and the Armenian National Disabled Sports Federation sponsored their participation. The athletes are already in Yerevan.