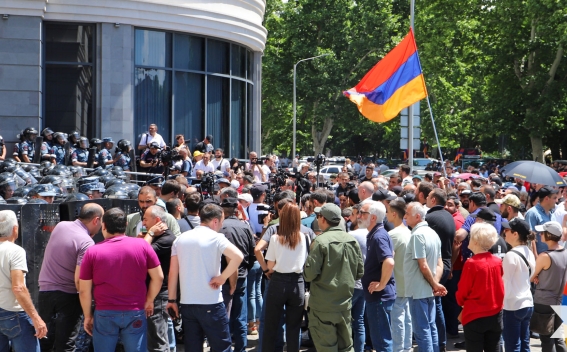 The resistance movement began its march from the French Square in Yerevan.

The day before, Vice Speaker of parliament, deputy from the Armenia bloc Ishkhan Saghatelyan announced "campaigns" to various state institutions in order to clarify the position of the leaders on the Artsakh issue.

Yesterday, people demanding the resignation of the current Prime Minister Nikol Pashinyan blocked the third building of the government building. There were no skirmishes with the police. Police acted even more rudely than usual. There are injured, including among the police, News.am reports.
Հայերեն На русском