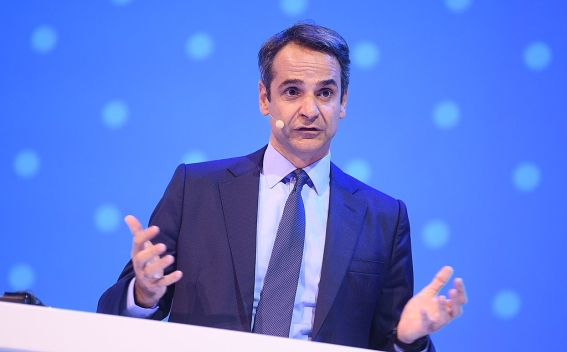 The government will continue to support households and businesses for as long as necessary in terms of electricity bills, Greek Prime Minister Kyriakos Mitsotakis told CNN in an interview on Thursday, as the Greek economy is doing well.

He added however that the European Union must act on the energy crisis before the coming winter, to show solidarity and to be effective.

“I really hope that as Europeans, we get out act together before winter comes,” the Greek leader said.

The Greek PM also spoke of great challenges from Turkey’s leadership, which would be better off focusing on its country’s economy.

He emphasised that Greece has always behaved responsibly and that it is better for Erdogan to deal with the Turkish economy, rather than reviving neo-Ottoman fantasies.

Mitsotakis also stressed that Greece will do everything to protect its sovereignty.

He also referred to upcoming national elections next year, expressing the hope that Greek citizens would give his government an opportunity to rule for another four years.

“The markets are also rewarding Greece is because we are institutionally responsible,” Mitsotakis said, adding that the crisis in Italy is a signal that his government should complete its term in office and not hold a snap election.

Contributing to Greece’s economic recovery, he told the American outlet that one million visitors are expected to arrive in Greece in first week of August.