It is time for Greece to finally sanction Aliyev: Greek media 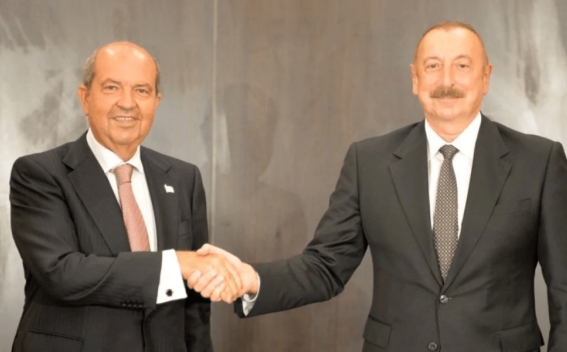 According to the Turkish-Cypriot leader’s written statement, Tatar traveled to Ikónion to attend the Opening Ceremony of the 5th Islamic Solidarity at the invitation of President Recep Tayyip Erdoğan.

Tatar had a meeting with Aliyev, which lasted about 40 minutes. During the meeting, Tatar informed Aliyev about Cyprus and said that they follow a harmonious policy with Turkey.

Noting that the meeting took place in a very frank atmosphere, Tatar emphasised that assessments were made on the development of mutual relations between the two countries.

Time for Greece to finally sanction this murderer, who has seared Western consciences by handing out at least three billion dollars in bribes to Western politicians and officials, according to News Break.