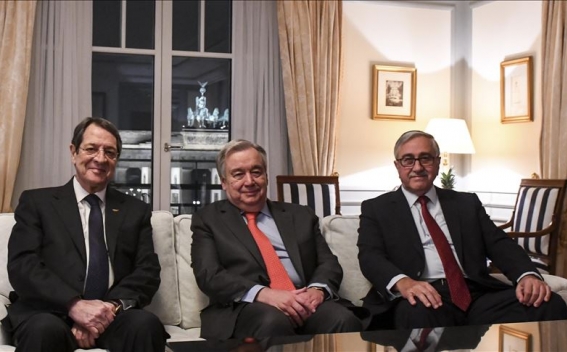 President Nicos Anastasiades said on Monday that despite difficulties a "positive first step was made", following the dinner of the UN Secretary-General and the two Cyprus leaders, in Berlin, In-cyprus reports.

Speaking to journalists after the informal meeting, the President referred to a creative effort for deliberations on Monday, on behalf of the negotiators and the UN special envoy Jane Holl Lute.

This, he said, led to a consensus, both with the Secretary-General as well as between the two leaders, with the President pointing to the elements that are included in the statement issued by the UN after the dinner.

Despite the well-known difficulties, the result of today’s meeting is considered a very positive first step in the effort to resume the dialogue, Nicos Anastasiades noted.

United Nations chief Antonio Guterres on Monday evening hosted a dinner attended by Greek Cypriot leader Nicos Anastasiades and his Turkish Cypriot counterpart, Mustafa Akinci, in an attempt to outline the next steps towards a potential resumption of formal talks between the two sides.