Should We Expect Toughened Stance of Presidential Candidates on Cyprus Issue? 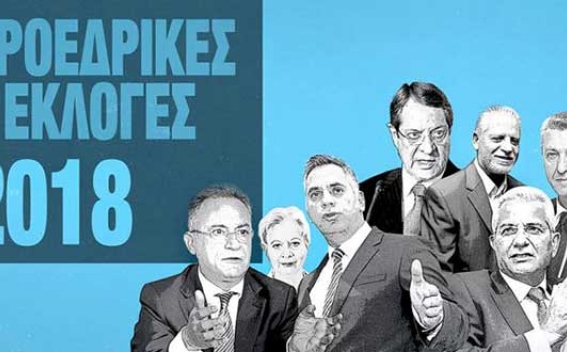 No candidate managed to win the presidential elections on January 28 in Cyprus. Consequently, on February 4, a runoff will be held with the two main candidates:  the incumbent, Nicos Anastasiades, leader of the conservative Democratic Rally (Disy) party, and Stavros Malas, a communist-backed former health minister.

To remind, on January 28 elections, Anastasiades, came in first with 35.50% of the votes but fell short of the 50% required to win outright. Malas, who ran as an independent with the support of the Progressive Party of Working People (Akel), won 0.35%, Guardian reports.

Now when there are two main candidates left, it is interesting, to once more remember what their positions on the Cyprus conflict are and how it can affect the election results.

So far both Anastasiades and Malas openly support a solution based on the principles of a bizonal, bicommunal federation (BBF).

Both of them promised that they will seek to revive negotiations if elected, in contrast to Papadopoulos (the Diko party leader, Nikolas Papadopoulos won 25.74% of the votes), who put forward a number of prerequisites and conditions during the election campaign, Al Jazeera reports.

Nikolas Papadopoulos, who is known for his nationalistic views on the conflict, used to continuously accuse Nicos Anastasiades for making too many concessions to Turkish Cypriots in talks last year. In 2004, Papadopoulos urged Greek Cypriots to vote no in a referendum on a UN plan to bring together the two halves of the island. Addressing supporters, Papadopoulos said that if victorious, he would use his five-year term in office to "end failed policies and … restore dignity back to our people," the Guardian report

The interesting point is that at this stage the two main candidates will struggle to win the support of the Nicos Anastasiades, who came third in the first round of election, to be able to win in the second and final round of the elections.

Thus in this final round, one can expect certain changes in the previously expressed position of the two main candidates on the issue, which will help them to win the votes of the supports of previous candidates with more nationalistic views.