What Makes Tunisia an Attractive Place for Tourists? 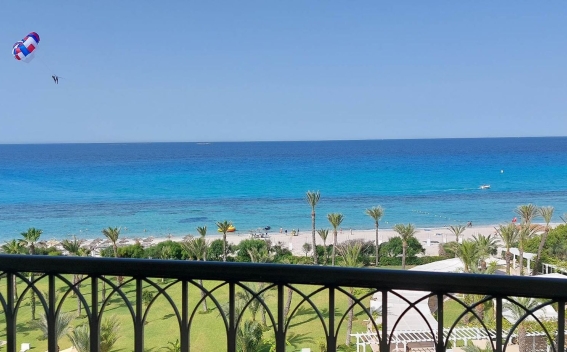 The mild Mediterranean climate, the hot breath of the Sahara Desert and the interesting fusion of Arab and French cultures bring in millions of tourists to Tunisia every year. Unlike, for example, Egypt, Tunisia offers beach vacations for those who prefer various types of summer holidays. If tourists are bored of spending the whole day on the beach, then Tunisia can offer them to spend the rest of their holiday in Sousse and El Kantaoui, where life is in full swing day and night: there are many restaurants, bars, dance floors, an aqua park and even a casino. In El Kantaoui tourists can also rent luxury yachts.

For relaxation, Tunisia offers the beaches of Hammamet. Most of the town's hotels offer thalassotherapy (seawater therapy) at affordable prices. Unlike Sousse, Hammamet is a quieter town; the most interesting entertainment place is the amusement park.

You can enjoy a passive, family vacation in Mahdia, Skanes, as well as on the island of Djerba, where the hotels are of a higher class.

But Tunisia is not only known for its exceptional Mediterranean beaches.  The country has quite a rich history, culture. Therefore there are a lot of must-visit places, such as the ruins of Ancient Carthage, the white-blue city of Sidi Bou Said, the Berber underground homes of Matmata, endlessly dunes of the magical Sahara Desert with beautiful oases, planet Tatooine of “Star Wars”, the fourth holiest site in the Islamic world in Kairouan which is, by the way, the oldest mosque in Africa and so on.

Besides, many tourism cities offer historical and cultural places as well; for example, the old city Medina in Sousse - a magnificent example of medieval Arabic architecture which was designated by the UNESCO a World Heritage Site in 1988. Today, the main part of the Medina comprises the oriental market which fascinates with its colors and variety. Medina is also home to the Kasbah fortress, which was built in the 9th century. The castle tower, which still serves as a lighthouse, is the oldest in North Africa.

Another attractive place in Sousse is the Ribat fortress-monastery built during the Aghlabid dynasty in the 9th century. The Sousse Archaeological Museum is also a rather interesting place to visit. There visitors can get acquainted with the history of the Phoenician, Roman and early Christian periods and enjoy the collection of mosaics - the pearl of which is perhaps the mosaic of "Medusa Gorgon". By the way, Sousse is considered the third largest city in Tunisia, a major transport hub, therefore, getting to other sites from Sousse even under your own steam will not cause much trouble.

Tourists can also visit El Jem Amphitheater which is located not far from Sousse. The amphitheater which can hold up to 35 thousand spectators was built in the 3rd century.  This amphitheater modeled after the famous Colosseum of Rome is better preserved than the "original" one. Though gladiator battles are no longer organized in El Jem, however visitors can enjoy an evening of symphonic music in the thousand-year-old amphitheater.

By the way, the tourist season in Tunisia ends in October, so if you haven't planned your vacation yet, you can take advantage of the wide opportunities offered by Tunisia. For the second year in a row "Anriva Tour" is carrying out direct flights to this North African country in cooperation with "Novelair"  airline. Moreover, "Anriva Tour" has made Tunisia accessible to Armenian tourists not only with organizing direct flights, but also by simplifying the procedure for obtaining an entry permit. You can get a visa for Tunisia not at the embassy which is located in Moscow, but just in the airport paying only 25 dollars instead of 150 dollars.