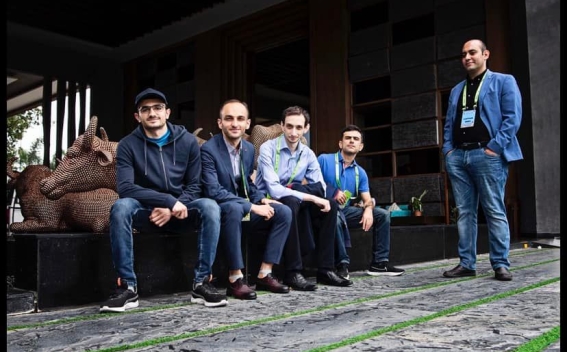 The men's chess team of Armenia defeated the Azerbaijani national team in the penultimate round of the World Olympiad.

ARMENPRESS reports in the 10th round of the Olympiad in Chennai, India, the Armenian men's national team competed with the Azerbaijanis and won 3:1. Robert Hovhannisyan and Gabriel Sargsyan celebrated victory. Hrant Melkumyan and Manuel Petrosyan both ended in a draw.