The Importance of Observation Missions in Non-Recognized States 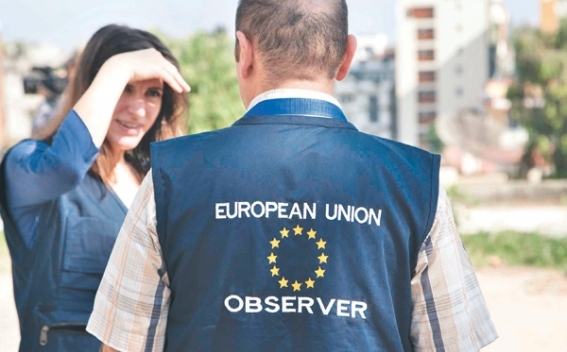 Observation missions are one of the most important components of democratic election processes. They are intended to follow the pre-election and post-election processes, assessing their compliance with national and international legal norms.

On the one hand observation missions provide additional guarantees in terms of the nature of democratic election processes, on the other hand are an important factor for additional legitimacy.

Perhaps this is the reason why many countries of the world during any level of election processes want to engage observation missions both from international and individual countries, providing broad coverage of their activities.

If the role of the observers for recognized countries is clear, in the case of non-recognized countries they have even more, but not so obvious importance. This applies in particular to those states, which adhere to the path of democracy, among them the Nagorno-Karabakh Republic.

Typically, internationally not recognized states are a part of any active or frozen conflict, and, of course, in the presence of the most serious threats to the security of the country, any step taken towards democracy needs support, coverage, which on the one hand, will guarantee their effectiveness and on the other hand will contribute to not deviating from democracy. For unrecognized states the election processes, first of all, refer to their safety, as the officials elected by the people in the security-sensitive environment should make decisions that are often directly related to the physical and economic security of the citizens.

The role of the international observation missions, in this regard, is to follow that these processes comply with the transparency and democratic norms. Indeed, the presence of the observers is somehow obliging and partially protects the election processes from various unwanted effects.

Moreover, the objective assessment of the observers to the election processes is also very important, because it is an important component for awareness rising of the international community about the progress made towards democracy, the rights of its own citizens to express their will in a non-recognized country.

In this respect, there is a clash between international human rights norms and the reality. It is no secret that the legal hierarchy of human rights is a priority, but in the current geopolitical realities the citizens of unrecognized states are not able to fully enjoy their rights as enshrined in various acts. Because of this twofold approach the citizens of NKR are also being affected, who partially use their freedom of movement, education and other rights. The same applies to the election process.

It is not logical that a number of organizations, the main priorities of which are human rights and democracy, refuse to send observation missions. For the sake of objectivity we must note, however, that some groups and organizations are guided by the principle of supremacy of human rights and actively participate in the NKR election observation, as well as the coverage of the processes.

In this regard Armenian civil society organizations, media, various groups and individuals have also something to do. Today, there is clear task – to show the whole world that, despite being not recognized, in Artsakh democratic elections are being held in accordance with the European standards.

In this regard, it would important, if all the citizens of Armenia, who have participated in any of the observer mission in the delegations of OSCE / ODIHR and other international organizations, demonstrate an initiative and (individually or in a group) observe the parliamentary elections of NKR scheduled in early May. Naturally, the involvement of their foreign counterparts and the representatives of Diaspora in the observation missions would be desirable. Certainly, the NKR Government will by all means support such a patriotic initiative, which will contribute to strengthening the NKR democracy, as well as increasing the legitimacy of the elections.