100th Anniversary of the Armenian Genocide: What Are Our Next Steps? 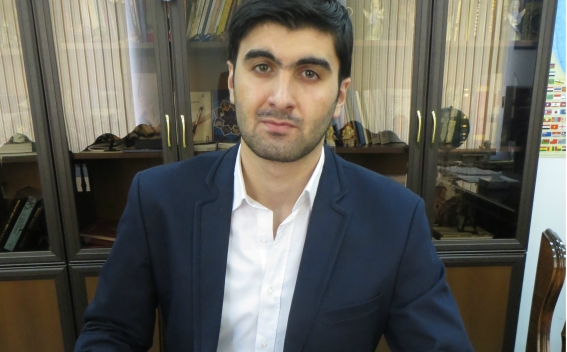 If we try to sum up the events which took place in the framework of the 100th anniversary of the Armenian Genocide, then the most important thing that should be focused on is the unity of Armenia-Artsakh- Diaspora. The level of organized actions of the three parties is probably the highest within the last two decades. Armenians from all over the world showed their potential and ability to come together when there is a single idea, a vision and a goal. After such a demonstration of unity, one can confidently say - when Armenians are united it is possible to solve the problems effectively.

Not only within the Armenian social, but also in all Armenian communities worldwide, the national enthusiasm was rising in parallel with another important question: what are our next steps?

For a full answer to this question it is significant once and for all to fix the following formula: "The Centenary of the Armenian Genocide is just a milestone after which the struggle of its recognition and the abolition of the consequences will enter a new stage and will have a new beginning." From this viewpoint, it is necessary to get rid of the stereotypes like the necessity of the recognition of the Genocide by all members of UN, impossibility of starting lawsuits in countries which have not recognized the Genocide (referring to the compensation issues) and so on.

Taking into consideration the level of today’s national unity, it is important to take all possible measures for its continuation, at the same time reestablishing once again the priorities of the national agenda.

At the new stage we should be more realistic and our own steps should be measured without having optimistic expectations from Turkey. We need to clearly understand today's reality: Turkey conducts an unfriendly policy towards Armenia, both in terms of the policy of blockade and on the issue of the Nagorno-Karabakh conflict. Taking into consideration these factors, such initiatives should be carried out, which are based on the current situation and which will eliminate or reduce all possible challenges (including security).

In addition, taking into account the positive progress which has been recorded in the recent years, the need for more coordinated work with Turkey and the Turkish communities is important. As the experience in the recent years shows, there are some scientific circles of Turkish society (including ethnic minorities, above all the Kurds) which are increasingly active in raising the Armenian issue, sometimes even taking more active steps. In Turkish communities, as well as in the European countries and in the US there are individuals and organizations that demand the recognition of the Armenian Genocide both from the local and the Turkish authorities. Taking into consideration the existence of such "progressive" groups both Armenia and the Armenian Diaspora should establish contacts or more closely cooperate with them, which, undoubtedly, will give positive results in the nearest future.