EU Official: EU should Give Tangible Support to its Eastern Partners 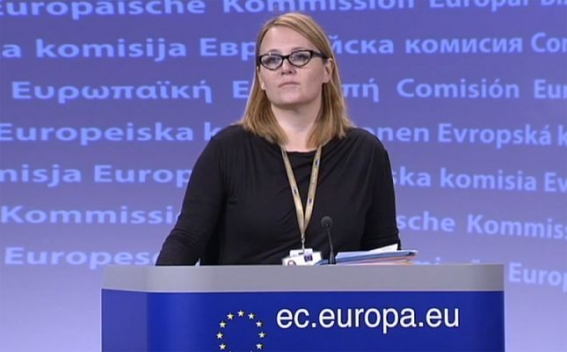 "The Summit in Riga is an opportunity to reconfirm the strategic importance we attach to Eastern Partnership," on the eve of the Riga Summit Maja Kocijancic, European Commissioner Johannes Hahn spokeswoman told to "Armedia" Information Analytical Agency.

"We want to demonstrate our strong engagement and firm determination to pursue closer, tailor-made relations with our six partners, whatever their individual level of ambition in terms of relations with the EU." Noted Kocijancic.

In addition she stated that the EU’s key task in the following years "will be to give tangible support to its Eastern partners by sharing EU know-how and providing financial assistance in the most effective way, ensuring that EU cooperation contributes to long-term and sustainable change."

"EU support for reform is incentive-based, differentiating under one common policy framework by tailoring its response to each partner's needs and ambitions. It offers a stronger relationship with the EU for those partners who make more progress towards reform," noted the official.

Kocijancic underlined that Eastern Partnership reached beyond the relations between the governments, involving broader society in the cooperation.  Referring to the activities of Euronest Parliamentary Assembly and of the Civil Society Forum, she emphasized:  "The first EaP Media Conference will take place on the margins of the Riga summit to look at the role media plays in the context of the Eastern Partnership.

What refers to the EU-Armenia relations the official stated that the Commission on 19 May adopted a recommendation for the Council to authorize the opening of negotiations on a legally binding agreement between the European Union and Armenia. As it is stated in the EU official webpage following Armenia's decision to join the Eurasian Economic Union (EEU) both sides reconfirmed in November 2013 their commitment to further develop and strengthen cooperation in all areas of mutual interest within the Eastern Partnership framework.

"Last year the EU and Armenia launched a reflection exercise on the scope of a future renewed agreement of cooperation, clarifying the areas that are compatible with Armenia's new commitments under the EEU," reads the statement.

At present the issue of Mandate to start negotiations is to be confirmed by the EU member states.