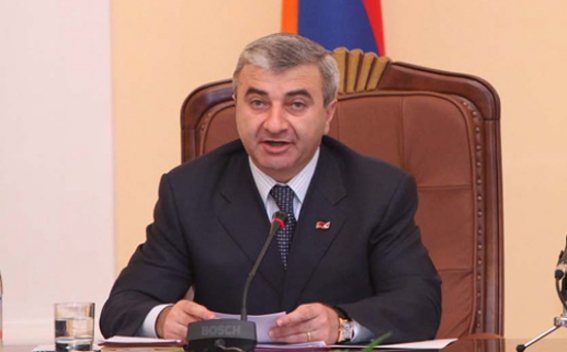 Ashot Ghulyan is elected as a Speaker of NKR newly formed Parliament.

Today, during the first plenary session of newly formed  NKR Parliament, Ashot Ghulyan was elected as a head of Parliament. The result of the vote was 28 for and 5 against, Artsakhpress reports.

Parliamentarian Vahram Balayan from ARF party  was the only  candidate for the post of Deputy President,

Ashot Ghulyan headed the Parliament during past 2 convocations.