Karen Bekaryan: Armenia Is Not a Country that can in Some Way Contribute to Drawing New Dividing Lines 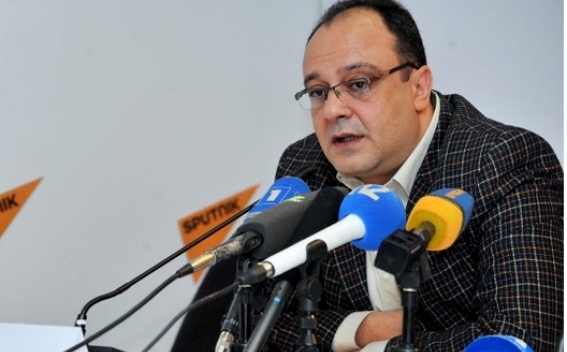 RA President Serzh Sargsyan on May 21-22  in the capital city of Latvia, Riga, participated in the Summit of European People’s Party. The next day he was present in the Summit of Eastern Partnership countries. Armenia signed the EPP final statement with some reservations, while during the discussions of EaP Summit final declaration, according to some media sources, the participating state had some disagreements.

"Armedia" Information Analytical Agency presents the interview with the Chairperson of the "European Integration", Expert of "Insight" Analytical Center for Applied Policy and Research Karen Bekaryan, in which he summarizes the results of President’s visit and present stage of the EU-RA relations.

- I think that the first message is the one that Armenia remains faithful to the European direction, considers it one of its foreign policy priorities and consequently did, does and will take all necessary initiatives to ensure utmost comprehensive field of cooperation that will include all spheres, economic included; the message which was discussed for months and years.

To put it otherwise, I think that the bilateral meetings during the visit and the two summits greatly contributed to all our expectations:  to get negotiation mandate from the European Commission and to start bilateral negotiations on the new legal basis. Of course, President also used the opportunity to comment on the important issues and problems for us: among other issues in his speeches during EPP and EaP summits he referred to the Nagorno-Karabakh conflict settlement, Azerbaijani non-constructive stance. The opportunity also was used to express gratitude to the European partners for their stance and statements made on the 100th anniversary of the Armenian Genocide. To conclude I think that the visit can be considered quite productive.

- According to you to what extent was our position during EaP and EPP comprehensible for our European Partners and will it affect the further development of the EU-Armenia relations?

- On the basis of our position is the following principle: let’s talk about our relations, our problems  and about the paths to deepen our cooperation without referring to the things that relate to a thid party; the position that contains certain principles. Especially if one takes into consideration the fact that Armenia’s this approach is not new one. Both our Eurasian and European partners on the level of states and institutions should have realized long ago that Armenia is not a country that can in some way contribute to drawing new dividing lines or to emphasizing the existing ones.

Coming from this particular perspective I think that this approach, of course, should have been comprehensible and must have been worthy of  respect, because if the Post-Soviet countries had this approach, our EaP partners could have avoided many-many conflicts and escalations in EaP territory. This is the approach which assumes making policy on similarities and not on colliding point; the principle which makes approach worthy of respect.

- What is the role of Armenia in the framework of EaP and after this Summit what would be the vector of our relations with the EU?

- The role of Armenia is clear for all of us. Here we should approach the question not from the global perspective and it would be perfect if the EaP Summit final document stated this approach in more clear way. According to this approach we have the following situation in Eastern Partnership: if we try to classify the EaP countries based on the levels of deepness of their integration processes and based on the differentiation of their approaches  and values (how close are they to the European values?) then we will have three categories. First Ukraine, Moldova, Georgia, who are on deeper level of integration after signing Association Agreements (AAs).

Second category is Armenia. The European officials stated  on the highest level that Armenia has passed all tests, fulfilled all the benchmarks and there was an official decision that Armenia can pre-sign the AA, the fact that proves the progress of the EU-Armenia negotiations. However, it is became impossible because Armenia  decided to EACU full member, which caused the problems connected with the co-ordination of the two integration processes.

Finally, there is third category, although the countries in this category can consider themselves to be in one group with us (let’s leave it on their conscious): we speak about Belarus and Azerbaijan.  In case of these two countries it was never announced that they are ready to sign or pre-sign the AAs, consequently they have not passed the tests, which Armenia did. From those countries, for example, Azerbaijan tries to make the world believe that it decided not to sign the AA. Here we face a funny question: who is the one who suggested them to sign the AA?

Thus if we consider the statement made by the European side  grounded according to which they  respect the choice of partners, cooperate on the degree of deepness for which the partners are ready and build relations on the same value system, then Republic of Armenia has no problem with that statement. The decision that we are ready to pre-sign the AA is the best proof that we have the same value system. Our plans with the European Union should pertain to this particular logic.