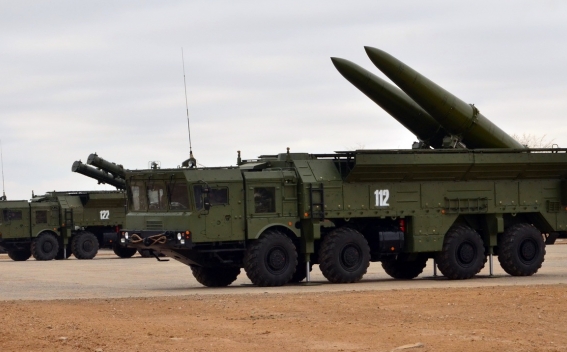 On July 2 the majority of Armenian parliamentarians approved the new agreement between Armenia and Russia at the special session of the Parliament. According to the agreement Russia will provide $200 million  preferential loan to Armenia for the purchase of Russian-made military equipment. According to Deputy Defense Minister Ara Nazaryan, the entire amount must be spent for the purchase of weapons, moreover, these are those types of weapons Armenia has never had.

It is noteworthy that due to the contractual basis Armenia acquires Russian weapons with factory prices, which is allowed exclusively for the Russian army. This is an important factor for the effective usage of Armenian funds and the increasing of the security of  the RA and NKR.

It should be mentioned that media has managed to spread information about the type of weapons that Armenia is going to buy. According to the "Zhamanak" newspaper sources, the obtained loan is for the cutting-edge operational and technical Russian rocket systems "Iskander-M". These systems are one of Russia's most developed ones with serious technical specifications.

Earlier various sources provided information that there are "Iskander-M" systems in the territory of Armenia, but they belong to the Russian military base in Gyumri, not to Armenian military forces. However, this information was neither confirmed nor denied.

Let's return to our deal. In this regard it should be noted that the sale of "Iskander-M" systems is not only a financial transaction, but also a result of a political decision. The start of the production of this system was going smoothly and Russia even has not fully satisfied the demand of its own armed forces. All this clearly underlines the importance of the political nature of the decision. As motives for such a decision, the following factors can be highlighted:

- Recently, the Armenian side (even on high level) has raised the facts about the Russian-Azerbaijani military cooperation, and, of course, the Russian side should try to take steps to dispel the fears of Armenian colleagues and keep the balance between the sides.

- Various incidents and factors (Gyumri incident, arms sales to Azerbaijan, etc.) managed to cast a shadow on the Armenian-Russian strategic alliance. We can not exclude that the decision to sell "Iskander-M" systems (it will be the only in the region) aims to restore the image of strategic partnership.

- It is very popular thesis that during the arms race, when the sides possess weapons with serious potential of destruction, it paradoxically changes their role and starts to be preventive tool for the opposite side (there are many such examples in the history, and it is more obvious in the case of mass destruction).

As for Azerbaijan, the leadership of that country could not stay unaffected. Azerbaijani media have already begun actively cover and comment (the way it is beneficial for them) the upcoming deal.

The anxiety of Baku is quite objective as even the technical characteristics of the system (precision-guided missiles flying distance up to 500 km) are enough to make civilians understand that all the weapons Azerbaijan acquired in recent years can not protect even the capital Baku.