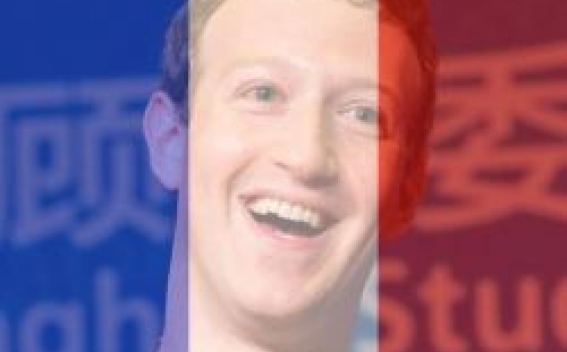 ''Dear Mark Zuckerberg, I would like an option to change my Facebook profile picture to the colour of the following flags:

1. The Federal Republic of Nigeria - 3500+ dead from Boko Haram attacks this year alone
2. The Lebanese Republic - 43+ people killed/wounded from yesterday's bombing
3. Syrian Arab Republic - 4million refugees from the war that has lasted since 2013 and the countless deaths
4. The Republic of Kenya - for the 147+ students killed at Garissa University for April 2015 terrorist attacks
5. For the Palestinians, Pakistanis,Central African people, Burundians, Congolese whose casualties have gone into millions of lives due to war, political unrest and terrorism.''

This is a letter written to the young Facebook founder by an African user who felt aggrieved when following the tragic events in Paris, Zuckerberg offered an option to other Facebook users with his own example, to try  France's flag on the profile picture in order to support French people.

"Facebook has 1.5 billion users from ALL OVER THE WORLD, and yet only shows solidarity when White Western Bodies are afflicted. It is offensive that this is allowed to happen.
Black and Arab bodies matter too, and are constantly violated while the world remains silent'', - another angry Facebook user writes, thus comparing the possibility of changing the flag to kind of racism and discrimination.

Another critic strongly condemned all the Facebook public for ''not feeling sorry for the blood and sweat of the "third-class" countries’ people, while the entire world is shocked when elite French men are suddenly killed while entertaining themselves in restaurants or concert halls''.

''The option to change my profile only to France's flag is sub-standard and flawed thinking that reinforces the value of some bodies over others'', - writes another irritated Facebook user.

Meanwhile the Armenian society could not  remain indifferent to all this, either. In addition to mentioning Syrian and Lebanese terror attacks regularly and parallelly, they were also very much irritated by the fact that just a day before Paris events two young Armenian soldiers were killed on the Artsakh-Azerbaijani border from the opponent's  bullets, but it didn’t have so intense and widespread media coverage like the events in France. Therefore, many Armenians were organizing an anti-action in Facebook by trying their own Armenian flags on the profile pictures.

However, in this context, one of the social media and Facebook experts, in particular, told that the issue has nothing to do either with apartheid or any bias. "It’s all about the media-image" he explained, -  "If God forbid the same thing would be happening in Paris for a long time as it is happening in Syria for several years already, an ordinary reader would quickly get used to it and treat it as a mere statistic. No more." But since such horrible events in France caused a real shock to the public, in contrast to the everyday shaky situation in the Middle East, it all turned into a real social chaos and panic.