Hollande to Visit Russia and US 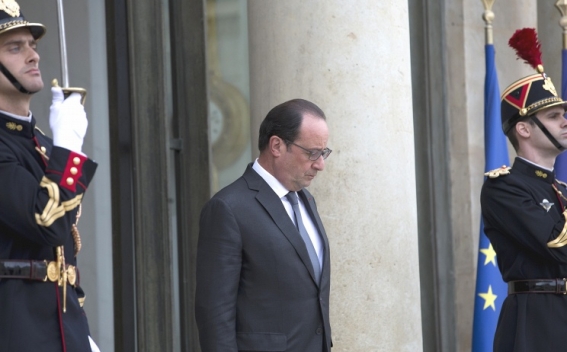 In the wake of last weekend’s terrorist attacks in Paris French President Francois Hollande is going to hold talks with US President Barack Obama and Russian President Vladimir Putin.

"We will be mobilizing the world community. Next week the head of state will visit Washington and Moscow to meet with Barack Obama and Vladimir Putin," Valls told the France Inter radio station in an interview.

The visits will continue France’s foreign policy efforts in the resolute struggle against terrorism.

"The struggle against terrorism is underway inside France and outside it, in particular, in Syria. Let us remember that. As you may know, our planes last night dealt more strikes (against the terrorists’ positions) in Raqqah against a command center and training camp of the Islamic State (an organization outlawed in Russia). We will keep doing that," he said.