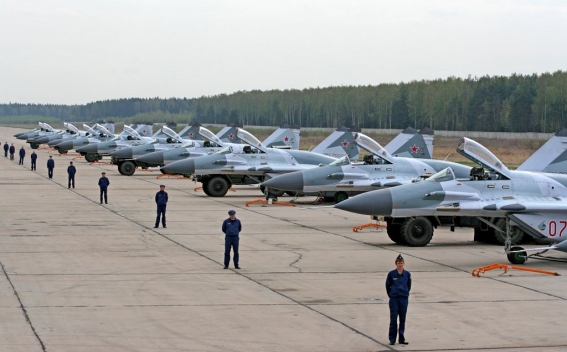 "It is important to enhance cooperation with all the countries which are really interested in eliminating terrorists. I am speaking of the contacts aimed at ensuring safety with Israeli Air Force command posts and with the forces of the anti-Daesh coalition led by the United States," the Russian head of state said.

According to Putin, the Federal Security Service (FSB) is uncovering terrorist cells: “You see, esteemed comrades, that the FSB is uncovering camouflaged cells of various terrorist organizations across the country, including of the infamous IS," Putin said at a Defense Ministry Board meeting.