Will It be Possible to Pass to the Political Settlement of Karabakh Conflict? 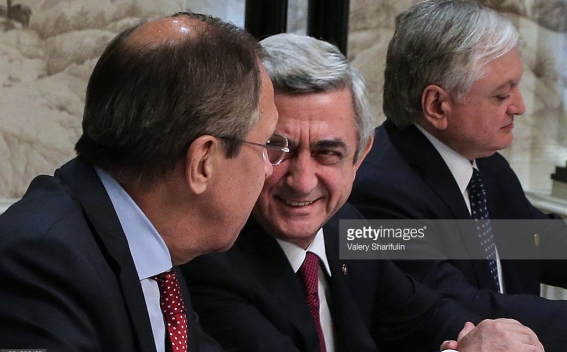 The importance and effectiveness of the Vienna meeting, first of all, will be measured by the successful implementation of the agreements reached.

It is important to consider the meeting between the presidents of Armenia and Azerbaijan in Vienna that took place late in the evening on May 16 according to several points.

First, this meeting was of significant importance to bring the conflict settlement process back to its natural course after the war unleashed by Azerbaijan in April against Nagorno-Karabakh Republic. April four-day war and after it the attempts of Azerbaijan to denounce the 1994 and 1995 ceasefire agreements had put under question the most important for the whole region and especially for Karabakh conflict settlement - the ceasefire agreement.

Since the signing of the agreements we have witnessed various escalations and provocations made by Azerbaijan, but such kind of large-scale military operations have never been recorded. Though Azerbaijan did not achieve a substantial progress, and its plans failed, Baku, tried to get dividends from the process.

A number of steps were taken by Azerbaijan so as the verbal ceasefire agreement reached on April 5 by the Chiefs of the General Staff of the Armed Forces of Armenia and Azerbaijan in Moscow began to be perceived as a new basis for negotiations, and to denounce the 1994 and 1995 trilateral agreements. That way Baku was trying to push NKR away form the negotiation table forever, also neutralizing the possibility of NKR’s involvement in the negotiation process at a certain stage.

Although the joint statement of the OSCE MG Co-Chairs summarizing the meeting in Vienna does not fix the commitment of the Presidents of Armenia and Azerbaijan to the 1994 and 1995 agreements, it is stated that "the Presidents reiterated their commitment to the ceasefire and the peaceful settlement of the conflict," whereas the Co-Chairs "insisted on the importance of respecting the 1994 and 1995 ceasefire agreements." This shows that the Azerbaijani approach is not acceptable for the mediators, and these two written agreements will continue to serve as a basis for settlement and ceasefire.

Second, during the Vienna meeting the political settlement of Karabakh conflict was not discussed. The main purpose of the meeting was to return the parties to the negotiating table and decide on further steps to achieve a political settlement. The main task is, of course, to restore confidence between the parties, which before the meeting was also declared by the RA President and the Foreign Minister.

It is impossible to negotiate about a political settlement and mutual concessions, if there are no clear guarantees of non-resumption of hostilities. For this purpose during the meeting it was decided to implement the idea of establishing investigation mechanisms of the OSCE as soon as possible. This is actually one of the confidence-building measures discussed a lot recently, to which all the parties, except Azerbaijan, gave their consent. Fixing this requirement by the Co-Chairs and its approval during the meeting of the Presidents is a serious blow to Azerbaijan and significantly reduces its ability to avoid from implementing this requirement.

In parallel, experts attempt to introduce the fixing of the need to establish investigation mechanisms as carrying out the demand of Armenia, presenting this even a concession to Armenia. However, in reality, this step is simply dictated by the political process, and guarantees of non-resumption of war cannot be considered as a reverence for Armenia. Moreover, the Armenian army during the four-day war in April showed that the blackmail of Azerbaijan of starting a war is senseless, and that the war will not bring the desired results for any of the parties. Therefore, the investigation mechanisms of the OSCE are equally important for all parties to the conflict and, above all, for a peaceful settlement process.

Armenia has not defined the establishment of confidence-building measures as its aim or a precondition. Simply those conditions were raised that can provide the necessary atmosphere for political negotiations.

As it was mentioned in Vienna, it is expected that the next meeting of the Presidents will be held in June – this time already on a political settlement. Judging by the high level of participation of the mediators - Russian Foreign Minister, US Secretary of State and First Deputy Minister of Foreign Affairs of France, one can conclude that they intend to exert serious efforts to move the situation forward. It is possible that they will try to reach an agreement as soon as possible under a political settlement.

As for the mediators, it should be noted that after the April escalation on the issue of ceasing the fire and holding discussions with the sides, Russia’s active involvement was quite obvious.In Vienna the situation was somehow brought into a balance and it was mentioned that the meeting of the Presidents took place with the mediation of the US, which aimed to show that not only Russia, but the other mediators as well have serious intentions for the progress in the negotiation process. At the same time the meeting in Vienna does not exclude as well that in the future Russia will assume a special role in the settlement process.

Thus the April war did not bring much dividends to Azerbaijan, it caused human losses to all sides and shattered the atmosphere of trust that almost did not exist. Whether the mediators be able to bring the negotiation process out of the deadlock and ensure progress in the political settlement, will depend largely on the political will of the mediators to put pressure on Azerbaijan and carry out the agreed confidence-building measures. If the investigation mechanisms of the OSCE do not work and there are no guarantees of peace, it will be illogical to expect concessions and progress in the political settlement.